Never accepted as currency by man, nor machine

In order to always leave a criminal empty-handed after an attack, your best bet is to irreversible degrade the cash he’s trying to obtain. Now, there are more ways than one to do this. Using ink is not one of them… There are many examples of ink-stained cash simply being washed clean, which means ink staining is better than no degradation at all, but merely cosmetic nonetheless. For degradation to be come irreversible, we have to change the physical properties of the banknotes (size and weight).

In case of an attack, our GlueFusion module glues all banknotes inside a cash cassette together in a matter of seconds, leaving nothing but a worthless, solid brick of paper. If anyone tries to peel off a single banknote, it will immediately tear into small shreds. The applied glue cannot be dissolved or removed in any other way. This is a significant difference from traditional ink staining systems. After an ink system activates, you will be left with cash with ink on it. But it’s still cash… With GlueFusion, the cash is transformed into something entirely different, something worthless, because it simply cannot be restored into its original form. 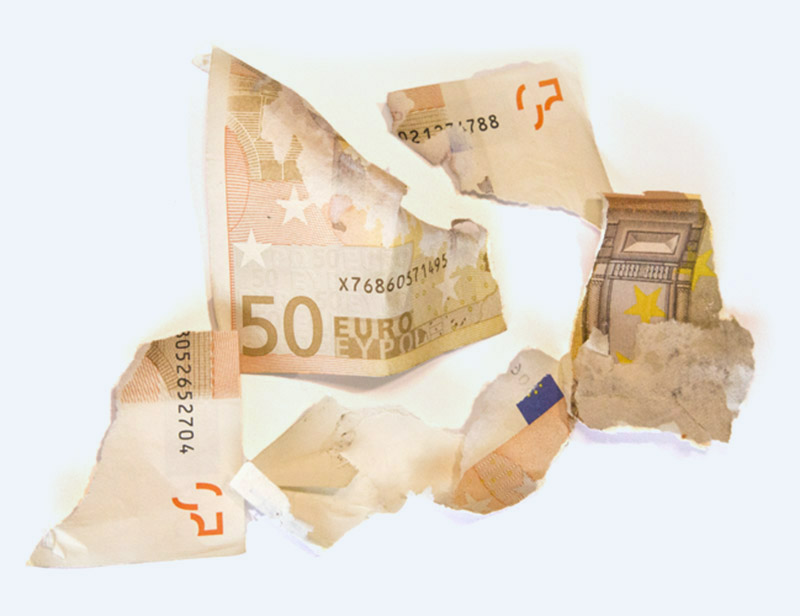 In our MactwinBox we utilize heat, combined with smoke and dye to obtain the optimal cash degradation. This system is specifically designed for the Cash in Transit (CIT) industry and has been operational all over the world for over 30 years, by some of the world’s leading CIT companies.

In order to make a defacement process irreversible, you must alter the physical properties of a banknote. Merely adding color just doesn’t cut it. So we need to go beyond the cosmetics and change the size and weight of the banknotes. This is exactly what our High Energy defacement method does. It bypasses the sealbags and, next to visibly marking the banknotes, it alters the size and weight of each banknote, making it impossible to exchange them at a payment terminal. Still, the security properties of the banknote remain intact, allowing for easy identification by your national bank. The owners of the cash can therefore be reimbursed for their losses.

Suitable for defacing all sorts of banknotes

The High Energy defacement method has been thoroughly tested on all kinds of banknotes, including the new polymer reinforced generation.

Another prerequisite for effective cash defacement, is that the process must be unstoppable, once activated. We need to make sure the custodians are unable to influence the cash defacement process, so they will not be exposed to violence that is intended to force them into stopping the defacement. After all, it is out of their control.

Draw attention to an attack

In case of an activation, a siren will be audible. Optionally, the High Energy defacement module can be fitted with a crime scene marker. Together with the siren, this will frustrate the criminal by attracting unwanted attention to the crime scene. Frustration is the main reason why a MactwinBox is practically always left behind at the crime scene.

The crime scene marker will also add an orange coloring to the cash, which is still mandatory in some countries.

Naturally, all defacement processes are executed in a contained, internal environment: our product. Much like an internal combustion engine in cars. This means that in case of an activation, High Energy defacement is harmless to your custodial staff and their surroundings. When developing a product, we always have the best interest of our environment at heart. All our solutions’ components are produced with durability in mind, resulting in low TCO’s and longer lifetimes for the product, the people ánd the planet.

We developed a Whitepaper for Cash Degradation in ATMs, in which we describe preventive measures that banks, ATM suppliers and/or service parties can take to fight ATM related crime effectively. Because we believe in the power of Cash Degradation, the emphasis lies on this specific security measure. Read our integral approach and 7 considerations when implementing Cash Degradation into your processes. 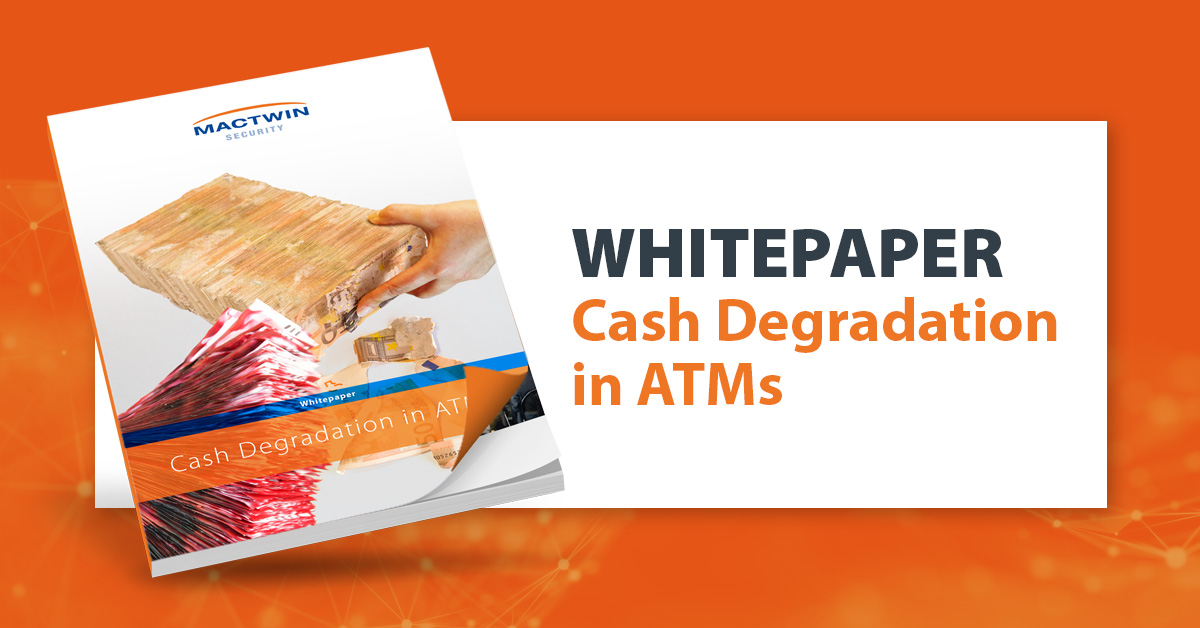 Cash money is very appealing to criminals; always has been, always will be as long as there is cash money in circulation. Over the years, there have been quite some changes in the types of attack. In many (European) countries, bank robberies occur less and les, because there is hardly any cash on site. The ATM has taken over this role and has subsequently become a target. The CIT business is also a target for extremely violent robberies. To break the arms race between criminals and the cash handling industry, we believe we need to address the problem at the source: remove the reward to remove the crime. 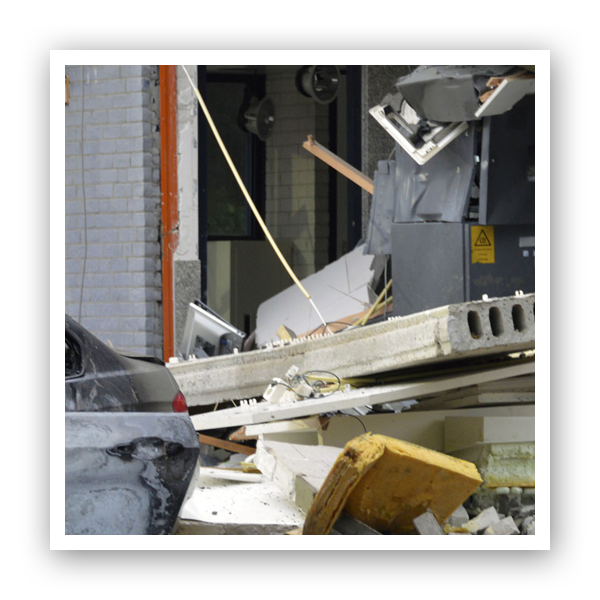 Explosive attacks on ATMs happen on a daily basis in many countries. Criminals use trucks and excavators to ram the ATM out of the wall and explosive gas (often a mixture of acetylene and oxygen) or solid explosives, like hand grenades and plastic explosives, to access the cash cassettes in the ATM. If necessary, the door to the vault area is rammed with a ‘battering ram’ attached to a car. Since a couple of years, off premise ATMs in supermarket have also become a target for criminals. The damage involved in these attacks is enormous. So it makes perfect sense that banks show an interest in solutions like the GPU (Gas Protection Unit) and GlueFusion (cash degradation with glue, inside cash cassettes). 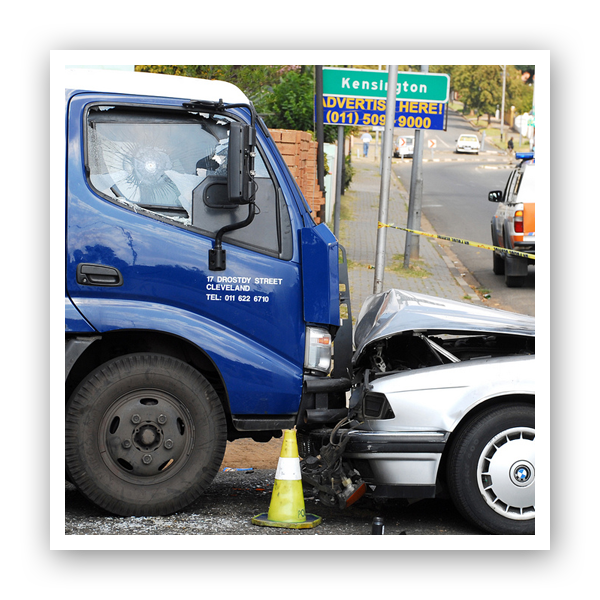 Cash handling has many aspects; from delivery of the cash, servicing ATMs and transporting cash, to counting and sorting in the cash centers. Every aspect has its own risk moments, positions and MO’s (Modi Operandi). During attacks on the Cash in Transit operation, criminals are using increasingly heavier and more dangerous weaponry. Automatic firearms and plastic explosives are used to shoot at and blow up armored trucks. The CIT custodian is also frequently a target of an attack. In the Netherlands, attacks on the custodians are very rare these days. Main reason for the decline of this MO is the use of the MactwinBox, with irreversible cash degradation. 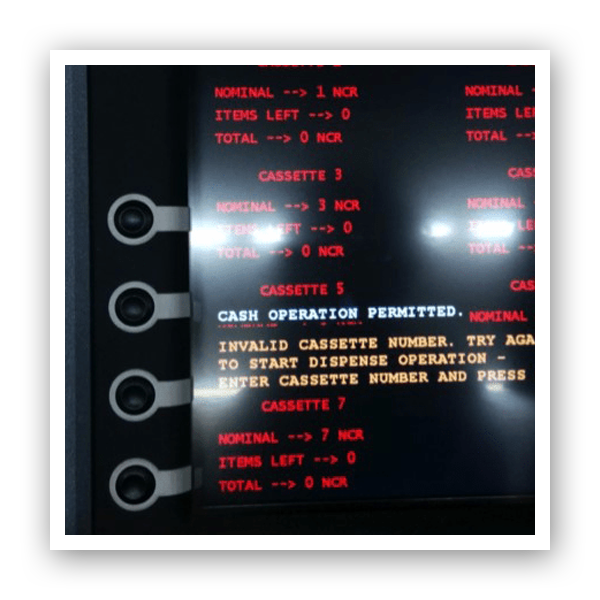 The future of attacks on the Cash Handling industry

By using irreversible cash degradation on a large scale in ATMs and CIT operations, the number of physical attacks will decrease drastically and criminals will be forced to explore other targets. We don’t really expect them to get honest jobs (wishful thinking), but believe their focus will shift further towards cybercrime (e.g. jackpotting). In the next couple of years, organizations will need to invest substantially in improving their digital defensibility.